DAY IN THE WILD

Today Francis drove Jonnie and me into Nairobi to visit three "wild" sites. First we tackled the Nairobi traffic to travel twenty-five miles to the David Sheldrick Nursery for rescued orphaned baby elephants. The trainers ushered them out for feeding in groups according to their age ranging from one month to two years. The trainers stay twenty-four hours a day with their charges to help them acclimate to their surroundings. At the end of two years in the nursery they are transferred to the Tsavo National Park along with their keeper. We enjoyed watching the antics of the babies and hearing the story of each orphan's rescue. Our heart broke for an older orphan that is kept with the tiny ones because he is lame. The poachers had broken both of his back legs. He still limps badly and has a crimped leg.
We then drove to the Giraffe Center where we fed Eddy the young giraffe and his mother. Other giraffes foraged in the park as the warthogs grubbed for the pellets dropped by the giraffes.
The tortoises grazed on carrots and greens while we watched.
The Java House is always Francis' treat for driving the tourists around town.
Our third "wild" adventure of the day was the Maasai Market which sets up six days a week in various locations of town. We are not big trinket shoppers, so browsed more than we shopped here.
We returned to the Mbuvi house for a delicious dinner to find Tim and John had already loaded the luggage on the top of the vehicle.
After all our goodbyes with Risper, Ester and Olive, the Mbuvi family took us to the airport for more goodbyes.
We arrived at the airport at 6:30 for our 11:15 departure and 27 additional hours of travel. That gives us 33 hours from airport arrival in Nairobi to airport arrival in Midland! 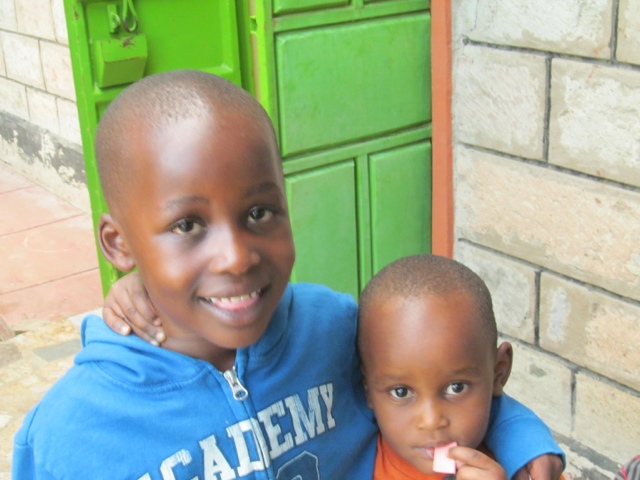 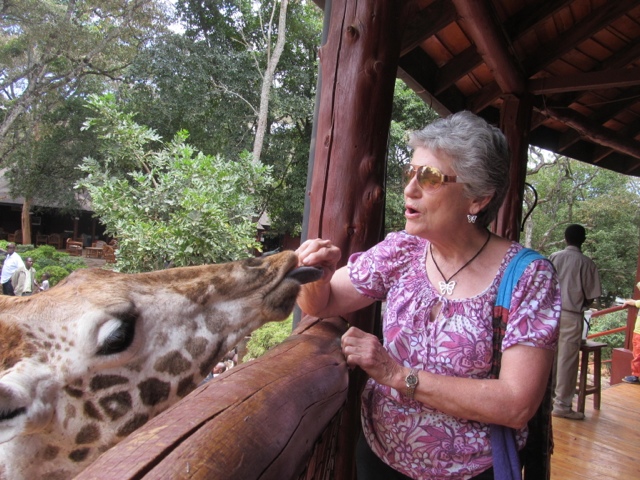 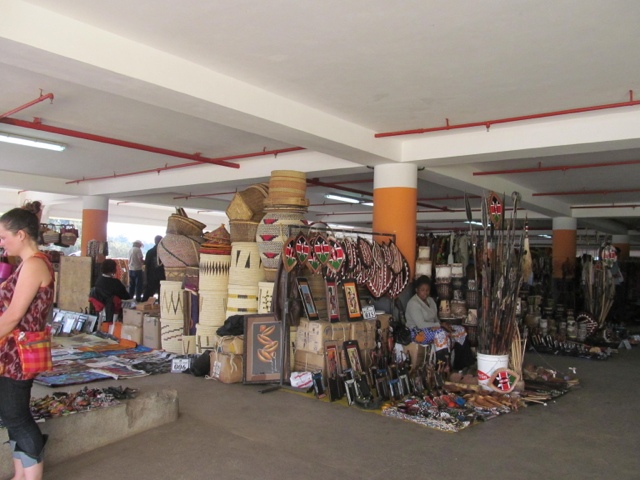 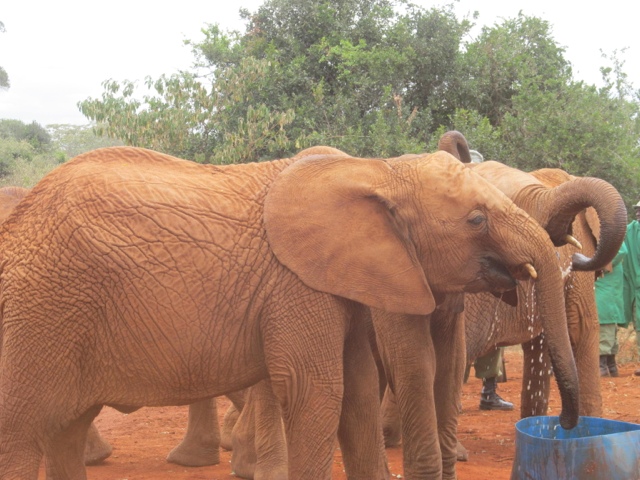